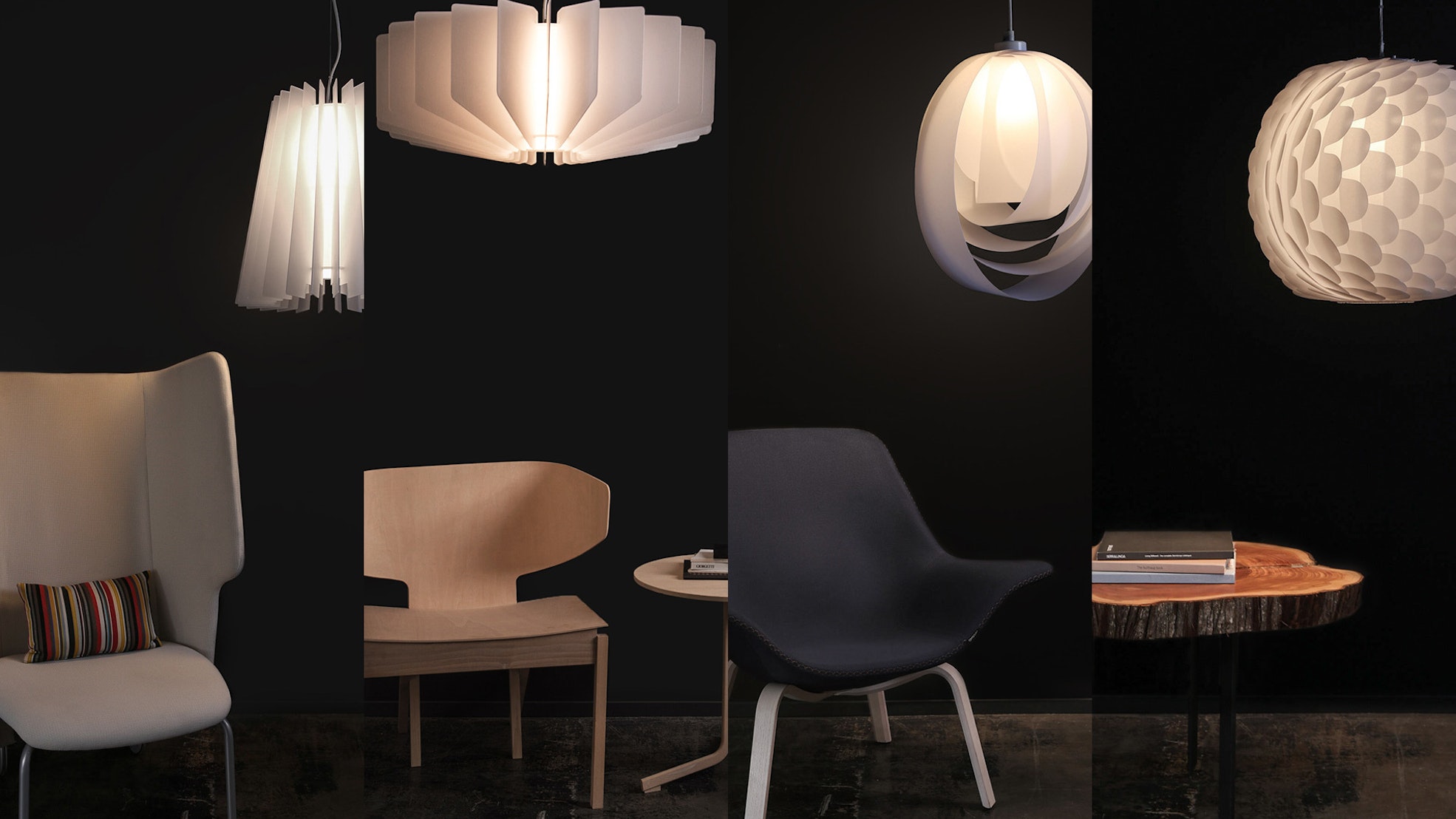 The concept was simple, create a lighting fixture prototype using basic office supplies in 30 minutes. That was the idea LightArt President and Creative Director Ryan Smith proposed to his team just under two years ago–using paper, a lighting pendant, scissor and glue the exercise became the Paper Pendant Challenge.

Since then, the Challenge has made its way across the the country with the Ignite/Create tour, daring designers to try their hand at DIY lighting.

It also created two prototype fixtures that became the catalyst for LightArt’s new Contour series. Developed by LightArt engineers Kevin Jackson and Ryan Kearny at one of the first Paper Pendant Challenges in our Seattle studio. Their original designs, which later became the Cove and Bevel, were inspired by naturalistic patterns and a nod to the 60's aesthetic.

As inspiration took hold of LightArt’s Production department, the line began to grow into a distinct and cohesive line of fixtures. The finished collection reimagines Mid-Century design with thoroughly modern look and feel.